St Paul’s women’s quad will be looking to bounce back from their national cup semi-final heartbreak when they travel to St Munchin’s College to face the Limerick Sport Huskies in the latest round of the Women’s Basketball League.

Losing out in the last four of any competition can be deflating as huge emotion is used up in anticipation of being close to the biggest day. But coach James Fleming will be bringing all his experience to bear in lifting his troops again.

And when you look at the shape of the league table, there is still plenty of life left in their season. The team currently sits in third place in the Southern Conference with six wins and two defeats.

Above them, in second, is the Limerick Celtics with 11 games played and seven wins. Top of the pile are the Portlaoise Panthers with eight wins from their 10 games. In reality it’s between these three teams for two spots and with St Paul’s having three games in hand on the Celtics, you would have to fancy them for a coveted play-off spot.

But a bird in the hand is worth two in the bush and so they will have to perform to earn those points and that incentive should help lift player spirits.

A look ahead at the fixture list sees three home games in a row, starting on January 28 with Swords Thunder and the subsequent weekends against SETU Carlow and Marble City Hawks and these could make a big impact on Paul’s league standing.

But first it’s the trip to the Treaty County to negotiate. The Huskies have found the going tough in this conference, their sole win coming against SETU Carlow, but they have been competitive in some games, especially at home.

They will feature Killarney’s Megan Buckley and she will have plenty of insight into the Paul’s players. They have been inactive since December 16 so they will be keen and fresh for a battle.

Sophie Moore has been their form player so far this season and she will get good support from Kristina Collins, Kaylee Kacavas, Katie Black and Hannah Cremin.

They found St Paul’s too strong for them in an earlier league meeting and especially the scoring threat of Sofia Paska and Yuleska Tejeda. Lorraine Scanlon is enjoying a great season averaging 13.5 points per game while Rheanne O’Shea has gone from strength to strength as the season progresses.

Lynn Jones will again be directing affairs but Siofra O’Shea’s involvement in this game is in some doubt following a bad fall in that cup defeat so it may prove it be an opportunity for other squad members to step in.

Denise Dunlea is making her way back to match sharpness while Cassandra Buckley is always ready to use her experience.

At the other end of that scale is Irish underage international Leah McMahon and she always makes an impact when called upon.

Katie Brosnan, Aisling O’Mahony, Jessica Quirke and Seodhna O’Donoghue all give great depth to the squad and when you can’t rule out injury or unavailability, that is vital.

So a big month ahead for St Paul’s and their league hopes all starts in Limerick this Saturday evening where the tip-off is 5.00pm. 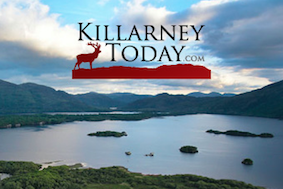