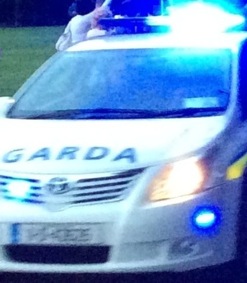 GARDAI in Killarney have urged the public to be on the lookout for a dark coloured Ford Focus saloon that has been linked to a number of break-ins to parked vehicles.

They are currently intensifying their hunt for the culprits following an alarming spate of thefts from cars.

The latest alert follows a number of incidents this weekend involving the targeting of parked vehicles in the Kerry and Cork area.

Cars in Macroom, Millstreet and Rathmore have been broken into and goods were stolen on Saturday night.

Gardaí issued a warning asking people to keep a close watch for the Focus that was believed to have been in or around the Killarney area.

Another car was broken into in the car park of Killarney Golf and Fishing Club on Saturday afternoon. It had only been parked there a few minutes when the window was smashed and a bag containing a number of valuable items was grabbed.

Several vehicles have been targeted in the town in recent weeks.

Gardaí have reiterated their plea to drivers not to leave any valuables in cars as the opportunist thieves are circling the area waiting to pounce.

People have been urged to be particularly careful when leaving their vehicles in public car parks and at locations that are established viewing areas for visitors.

It is the third time in as many weeks that gardaí have felt compelled to warn people that sneak thieves are just waiting for the chance to force their way into vehicles to steal valuable possessions while the owners are going about their business.

Investigating officers believe a gang is roaming the area and monitoring car parks.

Drivers and other occupants who intend to lock valuable goods in the boots of their vehicles have been advised to do so well in advance of reaching their intended parking destination.

Householders and those in holiday homes should also lock their vehicles when they are parked up overnight.

* Local news as it happens: KillarneyToday.com – it’s the talk of the town!