TWO juvenile rowers from Killarney who competed in the recent All-Ireland Coastal Championships in Donegal have been diagnosed with early stage Lyme disease, KillarneyToday.com has learned.

They are both members of Workmen’s Rowing Club and all members have been informed of developments and urged to be on the alert for symptoms.

In a text message sent to all members this Tuesday night, anybody that attended the Coastal Championships a fortnight ago was advised to check for any signs of a circular, red rash on their limbs or body.

“Two of our juvenile rowers have been diagnosed with Stage 1 Lyme disease,” the text message read.

“This early stage is effectively treatable with antibiotics as prescribed by your GP,” it added.

A spokesperson for the club told KillarneyToday.com that both of the young rowers are doing fine as it was diagnosed very early on and they are on a course of antibiotics.

Apart from a mild rash, they are not feeling unwell and have no symptoms of fever which materialises during Stage 2 of the illness.

Lyme disease is a bacterial infection that is spread through the bite of one of several types of ticks. Stage 1 is localised and very treatable as the bacteria have not yet spread throughout the body. 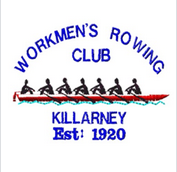 “We are just asking adults and children who were in Donegal to keep a check for it and for parents to keep an eye on their children’s backs for any signs of rash,” the Workmen’s Rowing Club official added.

“It’s not just those who were competing in the water that we want to touch base with – there were many spectators standing in the long grass watching events as well.”

It cannot be confirmed that the big rowing event in Donegal was where the disease was contracted but both juveniles were in Ballyshannon for the championships and both developed symptoms at the same time so every precaution is being taken.

KillarneyToday.com: it’s the talk of the town