A Kerry man who led several cutting-edge developments in cardiology care throughout his distinguished medical career has retired after a huge contribution to his chosen field.

Professor Declan Sugrue is well-known among the Irish medical community since he and his colleague and friend, Dr Hugh McCann, set up the group cardiology department at the Mater Private Hospital in Dublin, caring for countless people during his extensive career as an interventional cardiologist.

Originally from Tralee, to where he remained strongly connected no matter where he lived, he graduated from NUI Galway in 1976, before continuing his medical training at the RCPI. After a period of time in the UK and America, he returned to Ireland and pioneered procedures that were new to the country, placing the Mater Private at the cutting edge of worldwide practice.

Prof Sugrue was referred to as “the pioneer of angioplasty” and carried out the first procedure in that field in the Mater Private the year it opened. He also set up the electrophysiology service the same year and, long before it was standard practice, he set up an undocumented on-call system where the cardiology team all came together for an emergency case, day or night.

In the early days as the cardiology department was being set up, he often started work at 6.00am and after spending most of the day in the Mater Misercordiae, returned to Mater Private to work until 11 o’clock at night.

His penchant for Smarties was well known among his colleagues at Mater Private but perhaps less well known is the fact that he once cycled across North America to raise money for charity.

During his time with Mater Private Network, he also maintained a stellar academic career and he is a Professor in University College Dublin with over 200 published academic papers and is also a fellow of the Royal College of Physicians in the UK and Ireland and the American College of Cardiology.

While Prof Sugrue is retiring from clinical practice, he will continue his career in academia and will sit on the advisory board for the cardiology department in Mater Private Network. 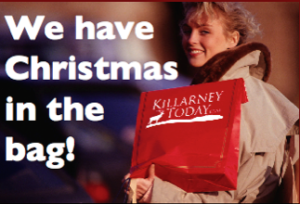