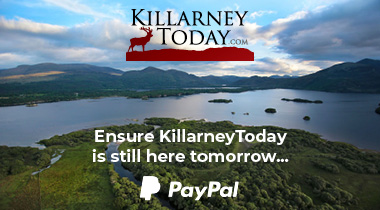 The 29-year-old earned hugely positive reviews for her performance in Beast and she also starred in the BBC’s 2016 TV adaptation of War and Peace.

The Killarney actress recently scooped a prestigious British Independent Film Award (BiFA) when she won the most promising newcomer category for her lead role in the psychological thriller Beast.

The daughter of Tim Buckley and Marina Cassidy, former Killarney Musical Society star Jessie first hit the headlines on the BBC show I’d Do Anything which saw Andrew Lloyd Webber seeking a Nancy for his West End production of Oliver! in 2008.

She will next appear as a country music singer in Wild Rose and she will star opposite Benedict Cumberbatch in Ironbark.

Also nominated for the same category is Barry Keoghan who has strong Killarney connections as his girlfriend, Shona, is the daughter of John and Margaret Guerin from Beaufort.

The 26-year-old Dubliner has made a huge mark in the movie world with a string of power-packed performances in Dunkirk, The Killing of a Sacred Deer, Trespass Against Us and Black 47.

He recently spent a night sleeping under the stars in Killarney, on a bitterly cold October night, in solidarity with and to raise funds for homeless people.

The shortlist is selected by a jury and the award is voted for by the public.