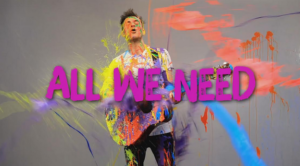 HE has been identified as one to watch for 2018 by Today FM and, given his undoubted talent, his legion of fans in Kerry and elsewhere know just why that is.

Killarney singer-songwriter Cathal Flaherty is very much it he spotllight this weekend as he releases the official video for his new single All We Need.

Cathal has been dubbed one of the most exciting new artists in the country after receiving huge regional and national airplay of his debut single released in December 29.

The music video (link below) was shot in his hometown and it has already attracted more than 70,000 views.

His last release, A Thousand Miles, has been added to the playlist of stations,including Today FM, RTE Radio 1, Spin SW, Beat 102 103 and many others.

That was produced and recorded in Brendan O’Connor’s Little Dylan Studio in Faha and it is available on Apple Music, Spotify and on iTunes.

Cathal, from Beaufort, is a familiar face on the local music circuit and as well as regularly gigging in a number of venues, he also has his own music show on Radio Kerry several nights a week.

The 23-year-old singer has studied creative digital media student at IT Tallaght. The young Killarney man, who describes his style as acoustic rock, has always enjoyed singing and made his stage debut with the Teen Spirit diocesan youth choir several years ago.