News goes back to the future 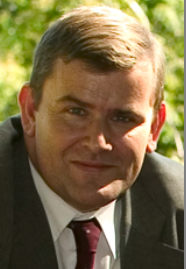 WITH a career spanning over 30 years in journalism and publishing, John O’Mahony has written extensively for local, national and international newspapers and magazines.
A native of Killarney, he joined the former Now and Then newspaper – which later became The Kingdom – as a junior reporter in 1983.
Within a decade he was heading up the newsroom team before being appointed editor and, later, managing editor of that publication during which time its circulation multiplied four-fold and the newspaper won several national awards for excellence.
He has also written extensively for every national daily newspaper in the country, covering all aspects of Kerry life for the Irish Independent, Irish Times, Irish Examiner, Irish Daily Mail, Sunday Independent, Mail on Sunday, Sunday World and all the popular compact publications.
He has been a regular contributor to the Vincent Browne Show on RTÉ Radio and a guest political analyst on the Pat Kenny radio show.
During his career in media, John has covered eight general elections, seven local elections, six European elections, several referenda campaigns and four presidential elections.
Over the years he has interviewed movie stars, prime ministers, royalty, sporting superstars, pop icons, hardened criminals and church cardinals. But it’s the man and woman on the street – the people that you meet each day – that have proved to be the greatest source of news and inspiration.
Journalism, thankfully, is not always a serious business and John has derived particular pleasure from sourcing out more quirky and colourful stories, such as tracking down Big Bertha, Ireland’s oldest cow, on a farm of land near Blackwater, discovering Henrietta, a chicken from Killorglin who loved smoking, rooting out Ireland’s biggest mushroom in an overgrown garden near Rathmore and catching up with newlyweds who were accompanied on their honeymoon to Killarney by Cilla, their gigantic pot-bellied pig. The latter tale had the unique distinction of featuring on the front page of every Irish and British newspaper on the same day.
In 2011 John and his wife, Geraldine, established O’Mahony Media, a progressive news, publishing, public relations and media training consultancy which has enjoyed great success and partners with Hopkins Communications in Cork.
With Geraldine the company administrator, they now head a team that is very proud to bring you KillarneyToday.com which has become the future of news and sports reporting in Kerry.
The important traditional values of truth, integrity, accuracy and fairness will always remain at our core. But online publishing offers split-second reporting opportunities that can bring information gathering and presentation to a whole new level – as it happens.
Enjoy the journey with us.