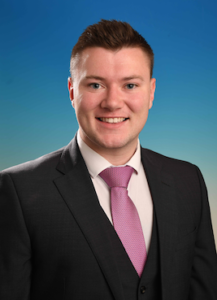 OPINION: Having spent three days at meetings at Kerry County Council to discuss the draft Kerry County Development Plan 2022-2028, with wind energy taking centre stage, Cllr Jackie Healy-Rae (pictured) argues that when it comes to playing their part, rural Kerry communities have more than shouldered their load and, he writes, now time for the rest of Ireland to catch up.

I was once told that the term ‘breaking point’ was the moment of greatest strain at which someone or something gives way. This is true of social and political occasions in which tensions arise.

Today many local Kerry communities have reached this point with a result of significant stress visited on local villages and countryside of Kerry with communities struggling to cope with the influx of wind turbines which once just dotted the sparse surrounds of the countryside to now almost outnumbering the poles on a road.

Earlier this week I spoke on behalf of some of those rural communities, in particular Scrataglin, who wanted to have their voice heard ahead of the preparation of the County Development Plan, which will set out their future and that of generations to come.

It is important to stress that I want to lessen the carbon impact. I understand the need to educate people and communities on the need to secure a way to lessen the energy cost burdening people, many of those are elderly and many who just can’t keep up with the rising costs.

This needs to be balanced with a total understanding and appreciation too for the role that Kerry has played to date and, I will argue, an understanding that Kerry can’t be left to carry everyone’s load either.

Our role has been significant in the development of wind energy with 364 constructed wind turbines more than any other county in Ireland. The Castleisland LEA is the most burdened in the county with 180 wind turbines which is 48 per cent of the Kerry’s wind turbines.

In fact, Kerry’s total figure is 130 turbines more than the whole of Leinster put together. Just take the figure in for a second. Kerry has more wind turbines that the whole of Leinster. In fact, if the counties of Dublin, Meath, Wicklow, Offaly, Carlow and Laois all doubled their current number of turbines, Leinster would still would have less than Kerry at today’s rate.

I do not disagree that we have to continue to play a role in renewable energy but that does not have to be in the form of onshore wind. If anything, I believe that onshore wind cannot be relied on into the future.

In February of this year we had Wind Energy Ireland boasting about the fact that 53 per cent of power was generated by wind that month. Every news outlet carried the story and it sounded great but there was nothing about the fact we had unprecedented winds with even two red weather warnings that month. There was little talk about wind generation the following month when it fell by a full 20 per cent in March and I suspect this month it will have decreased even further.

Energy costs are at record highs in Ireland at present. With all these turbines, the question must be asked who is seeing the benefit of them?

Don’t get me wrong, there are wind farms in suitable locations and one of them so happens to be in Kilgarvan – right in my backyard. But this, in my opinion, has only happened in a minority of cases in this county.

In my experience especially in recent times, in places like Gneeveguilla, Scartaglin, Ballyhorgan, Ballinagaire, Duagh, wind farms have been met with strong opposition for many different reasons. The wind energy industry has failed in nearly all their cases to take a local community with them. They have failed massively in most cases to positively engage local communities and seem incapable of learning any lessons from the past.

The people of Scartaglin want to be heard and tomorrow it might well be your local community. However, if I’m sure of anything, it won’t be the people of Leinster who will have to fear their village of community being torn apart.

Your county, your plan is what the people of Kerry were told and 1,500 people from Scartaglin and its hinterlands have said no to this area being zoned for wind energy development. It is the most submissions by a country mile on any other issue. I hope they are listened to.

KillarneyToday.com: Always first with the news that matters. To advertise call 087-2229761 or email [email protected]