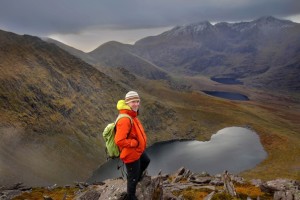 A WORLD renowned mountaineer who has scaled Yosemite’s El Capitan an astonishing 29 times, is to share his story before what is expected to be a captive audience in Killarney on Saturday, December 12.

Andy Kirkpatrick has also climbed in Patagonia, Alaska, Antarctica and the Alps and his daring adventures continued when he crossed Greenland by ski.

A respected motivational speaker and an award-winning author, he will address his Killarney audience in the Malton Hotel with proceeds in aid of the Kerry Mountain Rescue Team.

The event, titled Cold Mountain, will lay bare his story in a brutally honest, captivating, hilarious manner as he tells of the dangers he encountered while living life at the very edge.

British native Andy’s speciality is big wall climbing and winter expeditions, involving vertical climbs of over 1,000 metres, regularly in temperatures as low as minus 30 degrees.

He remarked: “The reasons I climb, and the climbs I do, are about more than distance or altitude, they are about breaking barriers within myself”.

The show will commence at 7.30pm and tickets, priced at €12, will be available at the door.

The event is being organised by Piaras Kelly of Kerry Climbing.ie who is pictured here, by Valerie O’Sullivan, on the Big Gun Ridge in the MacGillycuddy Reeks.

← Cancer gets a solid threshing
Lighting up the parish for Christmas →